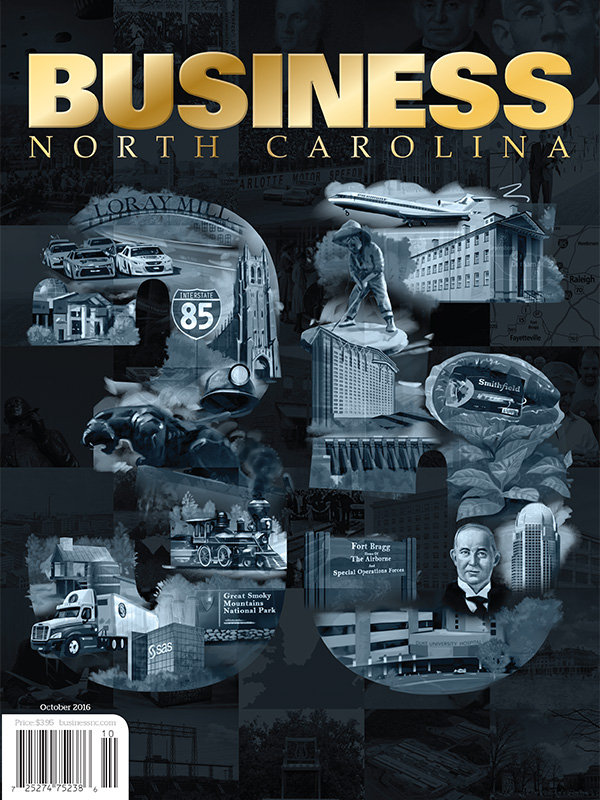 Systel Business Equipment has been named to the 2016 Grant Thornton North Carolina 100® (NC100) for the sixth year in a row, which ranks the state’s largest private companies by revenue. This year Systel jumped seven spots from the previous year to #83. The complete list was released in the October issue of Business North Carolina and can be viewed at BusinessNC.com.  In addition, Systel's Business Profile details specifics regarding this achievement.

“It’s an honor for Systel to be named as one of Grant Thornton’s NC Top 100 Private Companies by Business North Carolina magazine and this year especially means a lot as we celebrate a large milestone – 35 years in business,” President/CEO Keith Allison said.   “We are proud to be a part of such an elite group and this prestigious achievement provides our team with the motivation and vitality to continue to excel year after year.”

Since 1984, the NC100 has ranked the state’s largest private companies by revenue in the most recent fiscal year, based on data provided by the participants.

Since 1984, the Grant Thornton North Carolina 100® has ranked the state’s largest private companies by revenue in the most recent fiscal year, based on data provided by the participants. The NC100 is a voluntary list restricted to companies based in North Carolina that do not have publicly traded stock. Companies owned by private equity are permitted. Nonprofits, financial-services companies, health care providers such as hospitals and subsidiaries of corporations are excluded. For more details, visit GrantThornton.com/NC100.

Founded in Chicago in 1924, Grant Thornton LLP (Grant Thornton) is the U.S. member firm of Grant Thornton International Ltd, one of the world’s leading organizations of independent audit, tax and advisory firms. In the United States, Grant Thornton has revenues of $1.65 billion and operates 60 offices with 575 partners and more than 8,000 employees. Grant Thornton works with a broad range of dynamic publicly and privately held companies, government agencies, financial institutions, and civic and religious organizations.