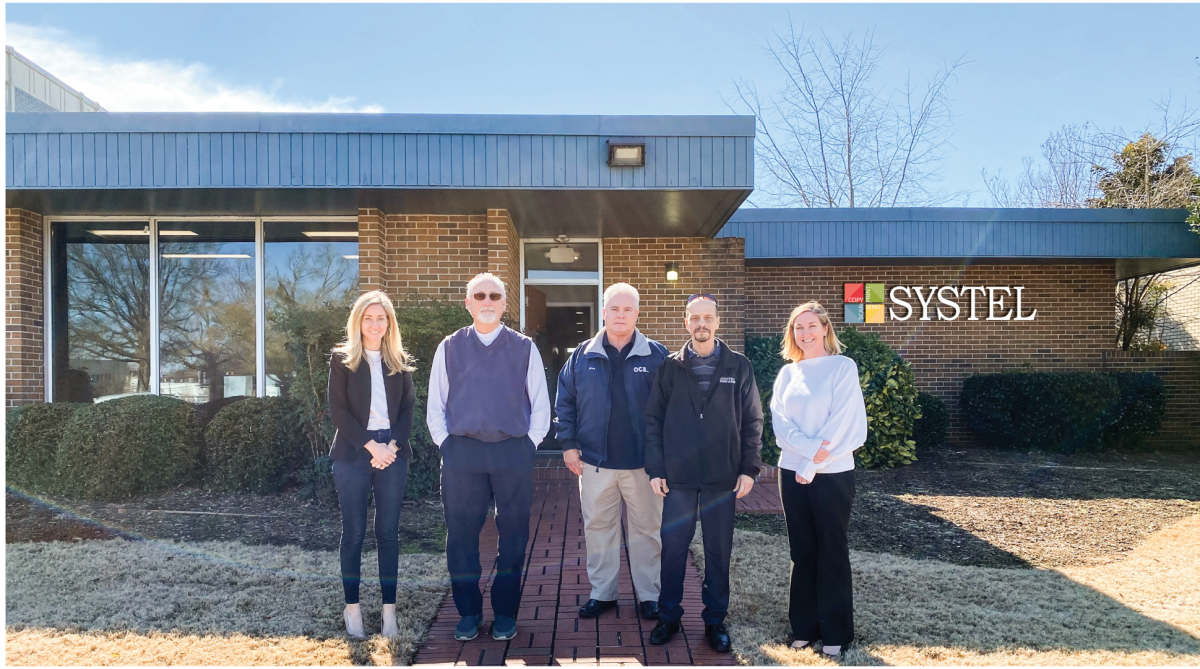 FAYETTEVILLE, NC – February 18, 2022 – Systel Business Equipment is excited to announce that it has acquired the customer base for Office Copying Systems in Greenville, South Carolina, who has been providing the best in customer service since 1972. Systel will be serving the western half of the state from its new location at 113 Edinburgh Court, Greenville, SC 29607, and is conveniently located to the company’s Asheville, NC, Charlotte, NC, Florence, SC, and Atlanta, GA offices. Systel is the largest independent dealer of office equipment in their authorized territories in the Southeast and is authorized in five states, with 13 total offices, two located in the state of South Carolina.

This acquisition aligns with Systel’s growth strategy into the South Carolina marketplace, following the company’s recent purchase and acquisition in Florence that was completed in June of 2021, where it has already begun to see success with customers in the marketplace. “Systel has continued to be a pillar of stability and sustained growth throughout North Carolina and Georgia for forty years, even in the face of challenging times,” states Steven Tomasetti, Service Manager. “We’ve accomplished this through adaptive efficiency, top-notch factory trained technicians, and localized management for a personal approach to customer satisfaction. We are excited to bring these attributes to the South Carolina Market.” Systel has full line manufacturer authorizations in both the eastern and western regions of South Carolina and can serve the entire state with the majority of its vast product lines. Systel is now also an approved vendor for the South Carolina State Contract.

With the addition of its second office location in South Carolina, Systel can also provide hands on service to its existing customers in the area that it had previously partnered with local dealers for in the past. “Coupled with Office Copying Systems’ long standing customers, as well as our current customers in the marketplace, we are excited to have an established base of machines in the field that we can already start supporting from our new location,” states Jacqueline Smith, VP of Marketing and Business Development. Systel plans to have a grand opening ceremony at its new location in the near future.

Systel Business Equipment was founded on November 1, 1981 in Fayetteville, North Carolina by current President and CEO, Keith Allison. Beginning with a handful of employees, Systel has now grown to over 250 employees and has since become a leader in its industry. Allison’s three daughters, Janene Aul, Jacqueline Smith, and Cara Spencer serve as members of Systel’s Executive team with the intent to sustain the company’s success by providing the highest level of customer service and satisfaction in business solutions, while continually expanding the company’s geographical footprint.